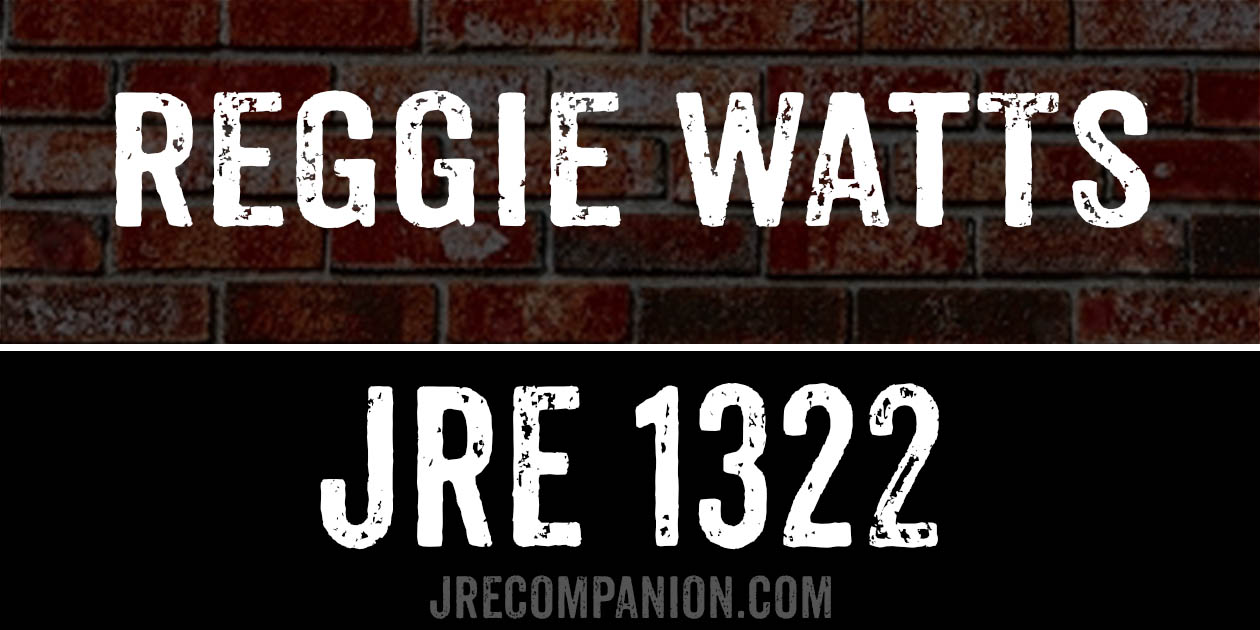 Scroll down for video of this JRE Podcast

Joe Rogan and Reggie Watts start the podcast talking about doing cocaine and being addicted to things.

Reggie Watts is a vocal artist, beatboxer, musician, comedian who wows audiences with his live performances which are 100% improvised. His improvised musical sets are created using only his voice, a keyboard, and a looping machine.

Books & Products Related to this Episode of The Joe Rogan Experience